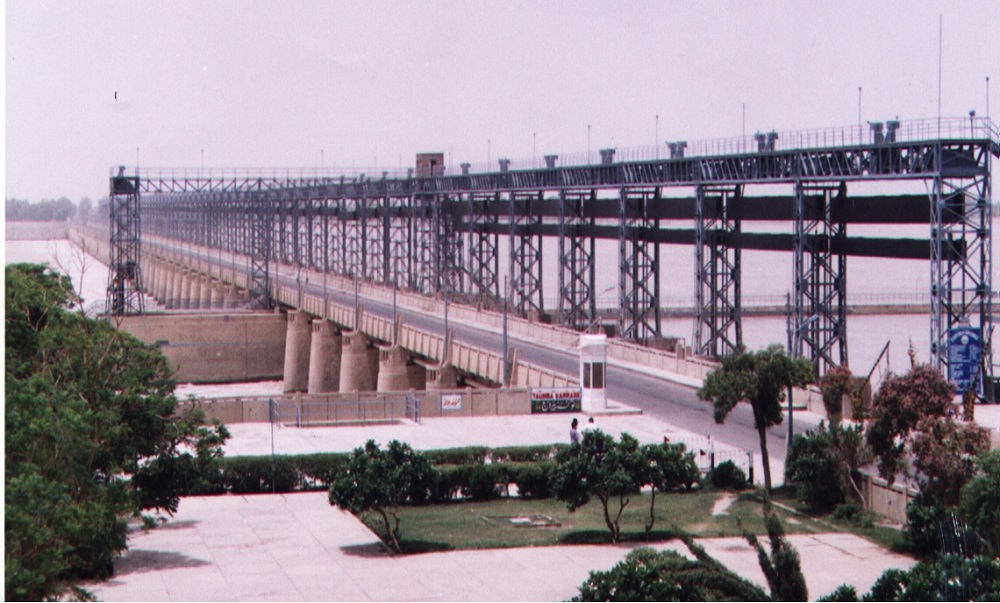 Taunsa Barrage is a barrage on the River Indus in Taunsa Tehsil of Dera Ghazi Khan District, Punjab province of Pakistan. It is situated 20 kilometres (12 miles) southeast of Taunsa Sharif and 16 kilometres (9.9 miles) from Kot Addu. This barrage controls water flow in the River Indus for irrigation and flood control purposes. Taunsa Barrage was designated a Ramsar site on 22 March 1996. This barrage serves 2.351 million acres (951,400 hectares) of land besides diverting flows from Indus River to the Chenab River through Taunsa-Panjnad Link Canal (TP Link Canal). The barrage also serves as an arterial road bridge, a railway bridge, and crossing for gas and oil pipelines, telephone line and extra high voltage (EHV) transmission lines. 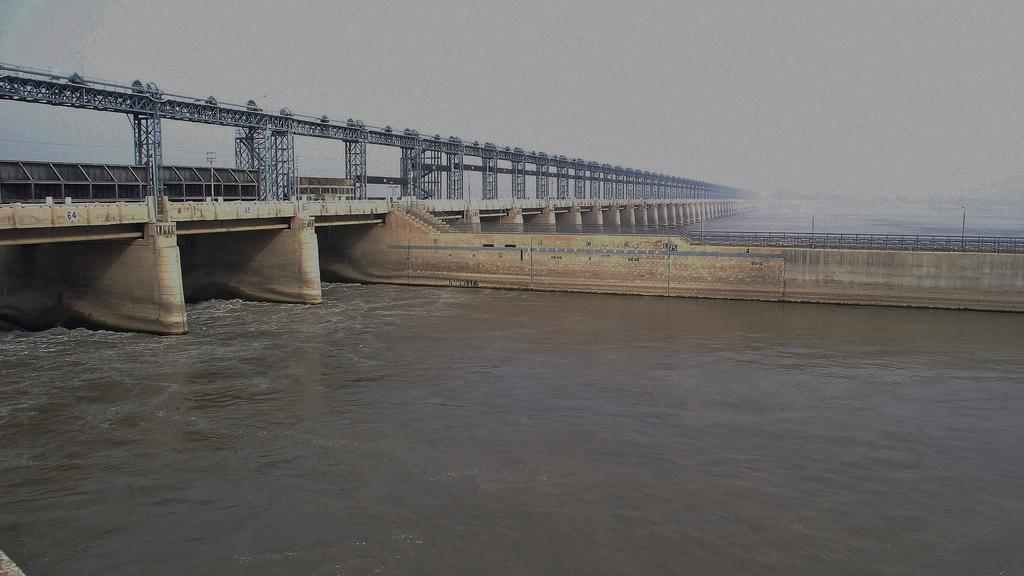 Panjnad River is a river at the extreme end of Bahawalpur district in Punjab, Pakistan. Panjnad River is formed by successive confluence or merger of the five rivers of the Punjab, namely Jhelum, Chenab, Ravi, Beas and Sutlej. Jhelum and Ravi join Chenab, Beas joins Sutlej, and then Sutlej and Chenab join to form Panjnad 10 miles north of Uch Sharif in Muzaffargarh district. The combined stream runs southwest for approximately 45 miles and joins the Indus River at Mithankot. The Indus continues and then drains into the Arabian Sea. A barrage on Panjnad has been erected; it provides irrigation channels for Punjab and Sindh provinces south of the Sutlej and east of the Indus rivers. Sakina-Tu-Sughra Mosque is located in the village of Kotla Reham Ali Shah,Tehsil Jatoi in the district of Muzaffargarh, Southern Punjab Pakistan. The construction of the mosque was carried out by specialists gathered from Turkey. Dr. Ismail Bukhari is the founder of the mosque.